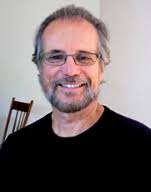 He was born in NYC and educated at Hofstra University and The Cooper Union. He began his formal career in art collaborating on performance pieces at Robert Raucshenberg’s NYC studio.

Robert Carioscia’s art encompasses several distinct bodies of work. Each series possess it’s own individual identity, yet there are thematic and structural links. Their compositions are shaped by a dynamic painterly quality and his unique personal vision.

The earliest work represented in this portfolio, The Trophy Animal Paintings, examines species eradication and environmental sustainability through the lens of a classically painted image.

The Primate paintings use chimpanzees to comment on current social and political events.

Water and Transcendence explores the metaphysical relationship of man, nature and metamorphosis. It culminated with a number of public art commissions.